A journal has always been a simple yet powerful tool to gain a better sense of one's life. When I decided to try keeping one, I always ran into the problem of commitment issues and anxiety. Struggling with the thought of whether or not what I was writing was worth being an entry for the day. I would also frequently forget to write that day and then have to write up backlogs of entries to get out of some odd self-imposed "diary debt". 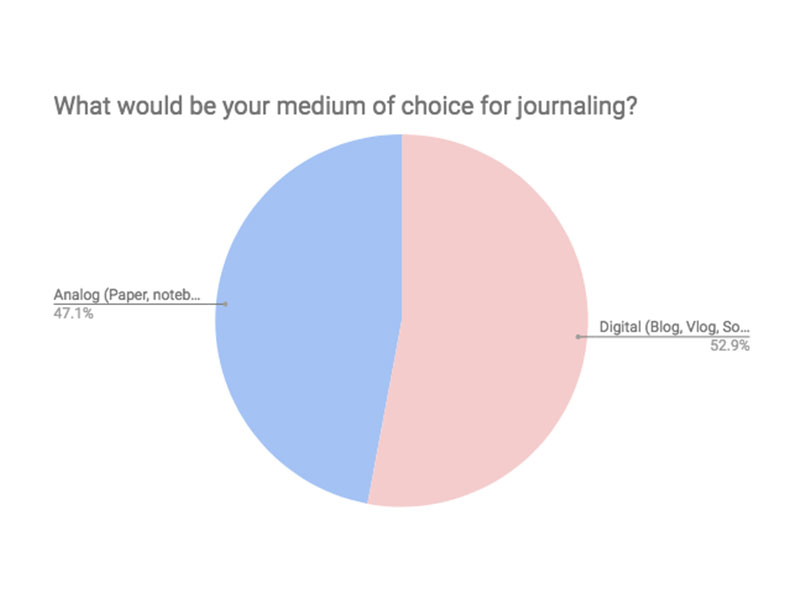 Many people tend to use pen and paper, others might just use their iPhone notes app. A private tumblr blog or twitter could be a journal. At the core of it, journaling is just writing. Many journaling apps suffer from feature-creeping on top of such a simple concept. From what I found, I didn't find an adequately executed solution for my needs. I figured this had a space in the landscape.

As much as I wanted to make something for myself, I mainly wanted to figure out what other people needed. I sought out to see if this was a problem that others faced as well. I spent time talking writing down my own motivations and habits as well as those of my friends and family. After our conversations, I had a few hypotheses and assumptions that I wanted to get data on for before thinking of a solution. So I drafted a short survey to get a better sense of other people's thoughts.

The assumptions I wanted to validate were that people:

With these assumptions cleared, I would be able to have a better foundation to base my decisions on.

A few charts of the questions asked.

I circulated the survey to friends who passed it on to their friends, followers on social media and Usability Hub's survey community. From these results I was able to paint a general picture of what was needed. Referring back to the earlier assumptions:

A full set of results can be found here. 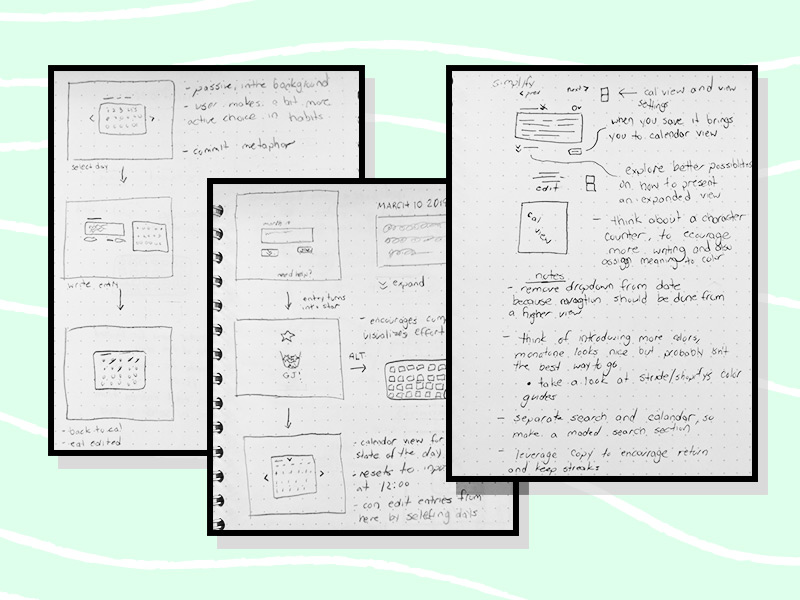 After gathering some data and sitting with it for a bit, I went ahead and sketched some higher-level flows. Which then followed a cycle of ideation and sketching until I was comfortable with a design to flesh out.

Some of my ideas along with the most recent execution can be found here.

I wanted to have fun with this project and introduce color in meaningful and intentional ways, all while keeping it subtle enough to reduce distraction.

Type and iconography contrast and legibility was a high priority. In addition, accessibility options for text size and further contrast are provided to ensure a pleasurable experience for everyone.

pygmy is a solo project, but I honestly would have not reached the progress I've achieved without Jeff Tao who consulted on my various development hiccups and Tiffany Lu who assisted with copywriting.